/ Artist and Studio Jewelry
This year finds an unparalleled selection of galleries specializing in jewelry, including first time exhibitors Louisa Guinness and Elisabetta Cipriani. Ranging from specially commissioned pieces by visual artists, such as Carlos Cruz Diez, to the output of masters in the studio jewelry field, such as Iris Eichenberg and Margaret De Patta, whose works unite sculptural and architectural elements redolent of the modernist aesthetic, these are works on an intimate scale, often with particular personal significance. 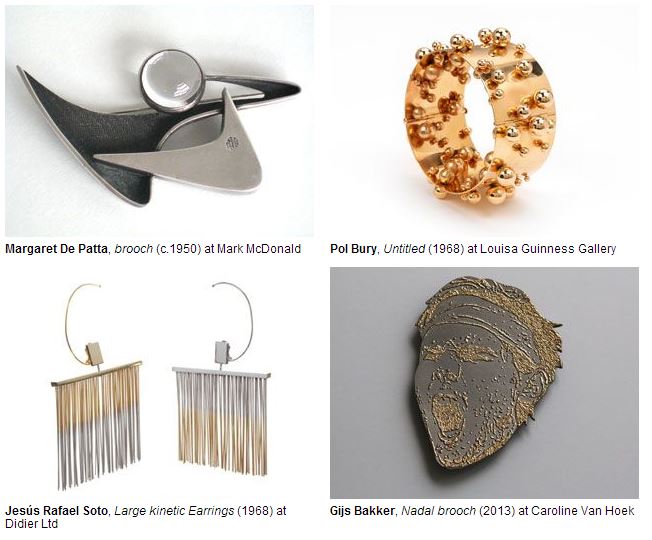 / Emerging American Designers
The highly diverse work of young American designers on display encompasses everything from the experimental, organically formed ceramics of the Haas Brothers to Sebastian Errazuriz’s meditations on mortality delivered in the form of furnishings rich with funeral pomp. Jonathan Muecke, meanwhile, engages in more formal, philosophical investigations into the nature of products, examining how far form and function can be pushed before an object changes identity. While Jon Stam, recipient of the 2013 WDOF Award, explores abstractions of time and place, depicting bucolic American scenography in his new series of Claude Glass. 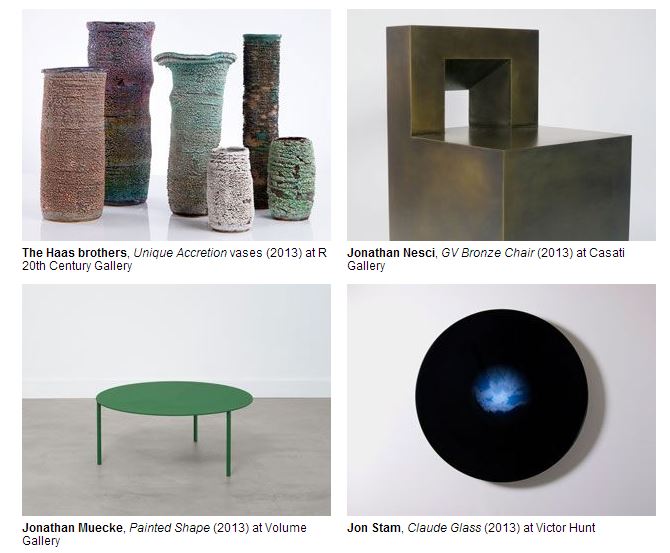