The first of two new zines that I am launching now during SPF ‘20,  available here.

This one, ‘Twenty Nineteen – Before Pandemic’ features a selection of my photos & illustrations back when wearing masks and keeping social distance was unknown.

This past Friday evening as I was contemplating how many of the many things I had put aside I was going to try to catch up on during the weekend, my brother calls and says, “Chadwick Boseman died.” So I check my newsfeeds on all my digital devices and there it is – the words confirming the heartbreaking truth that he is gone from us.

My cellphone starts chiming, notifications coming in from texts, social media channels, missed calls, voicemails, all proclaiming, all confirming this prince, this king, this force of a man is no longer here.  Then the gut punch – he has been suffering from colon cancer for years, endured surgeries, chemotherapy, radiation all the while he continued to work both onscreen and off.

It is a indication of the times that my mother’s reaction is that she is thankful that he was not the victim of a gunshot or some other horrific violent death as too many many men and women of color have been this year.  2020 is the “Annus Horribilis” people of color all across the globe.

When ABC announced Saturday that they would be showing his penultimate performance in the superhero movie that changed everything on Sunday, I dressed in the same outfit I wore to see the movie in when it had opened in 2018 with extra helping of “extra-ness” – maximum accessories a la Billy Porter and beat my face to the gods so that even RuPaul would salute me. On the couch, I put a big box of tissues beside me.

When it ended I cried, cried big baby tears for this one hurts like I lost a friend. 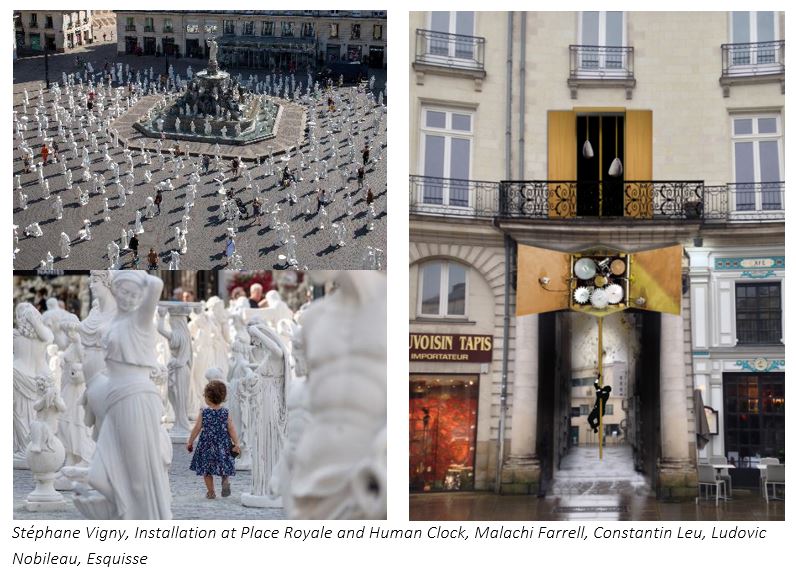 Happiness is when you find out that there are ways to be super cool in the blistering heat of a South Florida summer like the upcoming exclusive screening of the interdisciplinary performance art film When I Get Home (2019) by visual artist and singer/songwriter, Solange Knowles at the Pérez Art Museum Miami (PAMM) for the museum’s free Community Night on Thursday, August 1.

The evening will conclude with an extended director’s cut of Solange’s new film, When I Get Home (2019). The film will premiere across renowned museums and contemporary arts institutions across the USA and Europe from July 17, 2019 before closing as part of Chinati Weekend on October 13, 2019.

The film was directed and edited by Solange Knowles with contributing directors Alan Ferguson, Terence Nance, Jacolby Satterwhite, and Ray Tintori, with artist contributions that include Houston-based Autumn Knight and Robert Pruitt and sculptural work by the artist, “Boundless Body” an 8 by 100 ft. rodeo arena displayed in the desert of Marfa.

When I Get Home is an exploration of origin and spiritual expedition while confronting how much of us we have taken or left behind in our evolutions, and the role of fear in this process. The artist returned to her home state of Texas to explore this theme through an expedition of a futurist rodeo, uplifting the narrative
of black cowboys and honoring her Houston lineage through this visual meditation.
The extended version of the film is screened exclusively from July 17, 2019 across partner institutions in USA and Europe. For full screenings information see BlackPlanet and download a digital When I Get Home Film Poster from WeTransfer. (we.tl/whenigethome)

It’s been a tumultuous year in the design and art world.  From superstar architect Richard Meier’s sexual harassment scandal to Banksy’s pranking of Sotheby’s, to the David Hockney painting’s record breaking 90.3 Million sale at Christie’s , the keyword for 2018 has been upheaval.

END_OF_DOCUMENT_TOKEN_TO_BE_REPLACED

WHO:  Superfine! ArtFair!     A sleeker, sexier, smarter art fair that still manages to stay friendly and approachable, the second edition of Superfine! NYC touches down in the ever-bustling Meatpacking District this May 2-6. 1,200 works of art by 78 international progressive art galleries, curators, solo projects, and collectives bring their unique perspectives to New York’s top emerging art fair. 2018’s fair continues to break down barriers between New Yorkers hungry to expand their own collections, and the artists and galleries at the forefront of new contemporary art.

WHAT: The caliber of the exhibiting artists and galleries is outshone only by their passion for a friendly, transparent, and approachable new art market. You’ll discover countless ways to appreciate and take home our cutting-edge artists and galleries’ offerings. Whatever your taste, you’ll fall in love with art at Superfine! NYC, and have a good time doing it.  It will feature a full daily and nightly program including the Twilight Vernissage Preview Opening Night, a Dim Sum Collectors’ Dinner and a Girls’ Night Out (For Art!), in partnership with the Lower Eastside Girls Club, benefitting local female-driven arts organizations.

On Wednesday, December 6, high-impact LED lighting company Soraa and locally-grown accessible contemporary art fair Superfine! are joining forces. Capped off at only 400 attendees, Miami’s art collector and art-curious community will join Superfine! and Soraa for a witching hour preview of thefair that was ranked Miami’s favorite of 2017 by the Miami New Times.

The Midnight Vernissage will kick off with a cotton candy-topped champagne toast via the talented drink slingers of MiMo mainstay The Vagabond Hotel. Vernissage guests will take in over 1,200 original works by top emerging artistic talent from Miami and around the globe while enjoying ethereal harp sounds by Katherine Honey, the Biltmore’s longtime harpist. Whimsical interactive performance art by Veronika Rabinovich’s Dream Caverns troupe will also set the stage for an enchanting evening preview, along with surprises in the fair’s rear garden.

Soraa’s Nobel Prize-winning LED technology will enlighten the booth of Apostrophe NYC, an iconoclastic New York art gallery that defies traditional white-box paradigms by working personally with their “Base 12” artists to present boundary-pushing exhibitions. All 12 of these artists will be showing work at Superfine! Miami and each work will be lit individually to showcase the dynamic range of Soraa’s intelligent lighting. Artist Max Hodgson of Apostrophe NYC will also create a massive abstract mural facing the fair’s rear garden. A time lapse film of the mural’s realization will be created and shared by Soraa, and the final product will be lit by the company’s museum-quality color rendering lights, flooding the verdant lounge area with vibrant color.

The Midnight Vernissage runs from 11:30PM through 1:30 AM on Wednesday December 6th. The Soraa lounge at Superfine! will be open to the public in the rear garden of the fair at 56 NE 29th Street from Thursday December 7th through Sunday December 10th. Full fair hours and ticket information are available here.